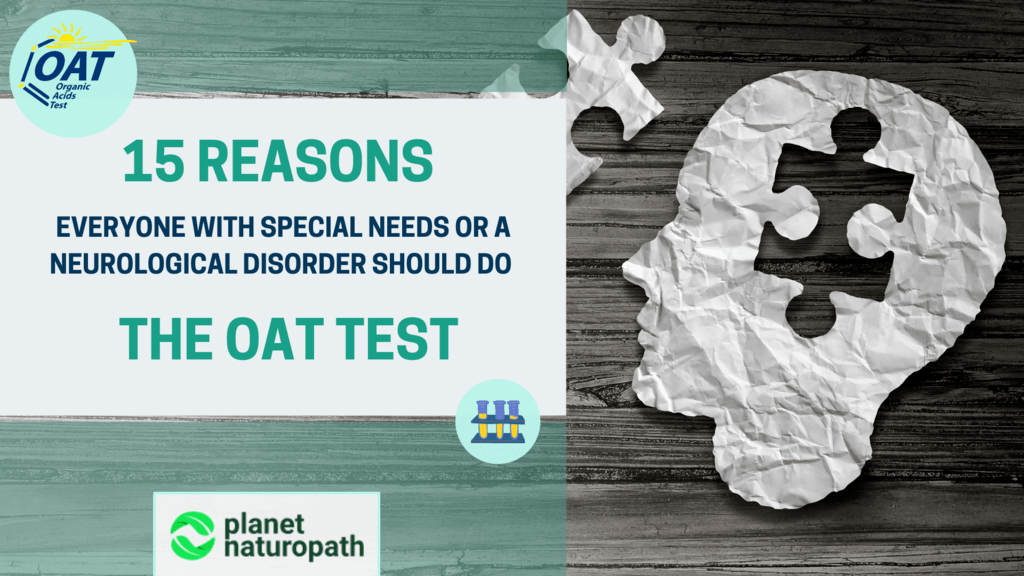 OAT Testing is also known as Organic Acids Testing is one of the best ways to assess the underlying cause, or contributing factors to a wide range of mood, behavior, and neurological disorders.

Here are 15 reasons everyone with special needs or neurological disorders should do the Organic Acids test. 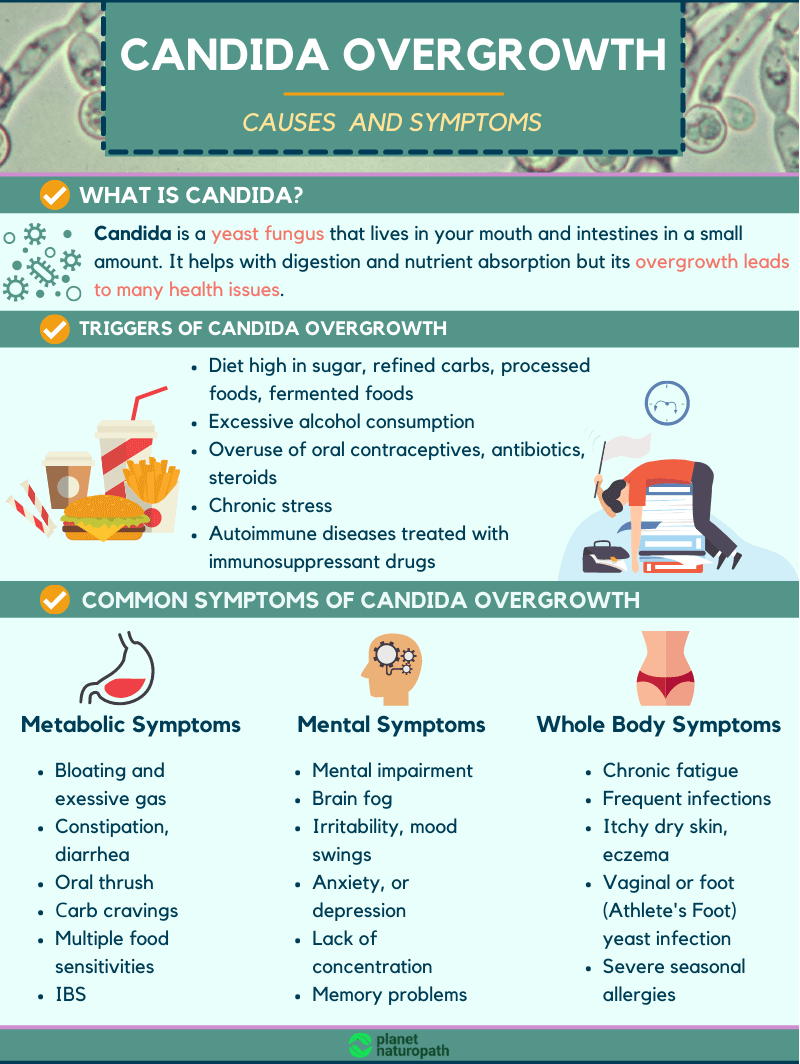 Assessing metabolites of fungal toxins, it's important to measure arabinose level which is a specific marker for Candida Albicans.

Often people do a stool test for Candida which can come up negative, but this is only assessing candida overgrowth in the large intestine and this can miss intestinal yeast infections elsewhere in the body.

Candida can create problems with the brain and nervous system which can cause a wide range of symptoms.

With kids, this can show as goofiness, giddiness, and inappropriate laughter, as well as sensory problems and self-stimulatory behavior.

It’s important to note that the elevation of yeast metabolites such as arabinose and tartaric acid produced by Candida, is commonly found in autistic children. Children with autism usually suffer from immune dysfunction and increased frequency of gastrointestinal infections. But the worst part of the story is that in most cases, the doctors prescribe nothing else but  broad-spectrum oral antibiotics which in turn cause intestinal yeast overgrowth.

Moreover, Candida albicans produce immunotoxins that impair the immune system, which increases the chance of getting additional infections and being prescribed more antibiotics, which supposedly should help the patient.

BUT, in reality, these antibiotics will just cause an increase in antibiotic-resistant bacteria and yeast cell proliferation. To prevent this vicious cycle, it is crucial to do metabolic testing like the Organic Acids Test and create a treatment plan that will include diet and lifestyle modifications. 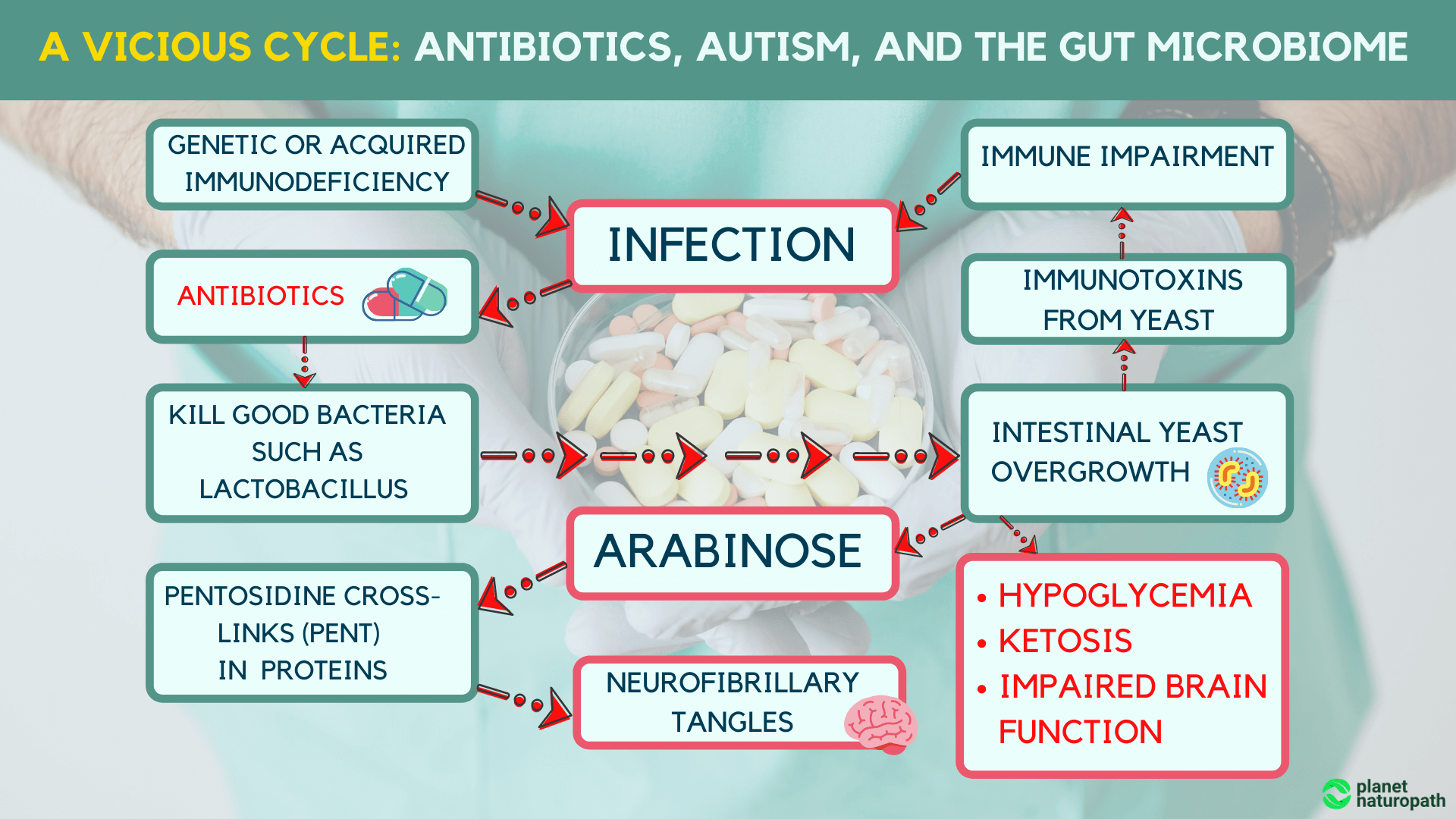 In adults, candida can show as brain fog, fatigue, memory problems and is associated with conditions such as dementia, Alzheimer's, and Parkinson's disease.

Candida levels can be influenced by high sugar diets and poor immune function, supplements can help address this but one of the keys is dietary modification.

Mold markers of Aspergillus and Fusarium can be identified on this test, ideally, these levels will be close to zero and you do not even want to see your markers in the mid-range.

Mold toxicity is a common cause of chronic fatigue and brain fog and has been linked to long-term effects like memory loss, insomnia, depression, and anxiety.

This is where a stool test like the GI-MAP is more comprehensive for assessing bacteria overgrowth and gut health.

However, from a neurological standpoint, the OAT test is important for assessing two specific toxins related to clostridia bacteria - HPHPA and 4-cresol.

Both of these toxins can inhibit a dopamine converting enzyme leading to excess dopamine and toxic reactions in the brain and nervous system. Behavior problems such as moodiness, irritability, aggression, self-injurious behavior, sleep problems, and more are often associated with clostridia bacteria overgrowth.

This is important when assessing both kids with problems such as ADHD, autism, insomnia, and behavioral issues, as well as adults with neurological problems. 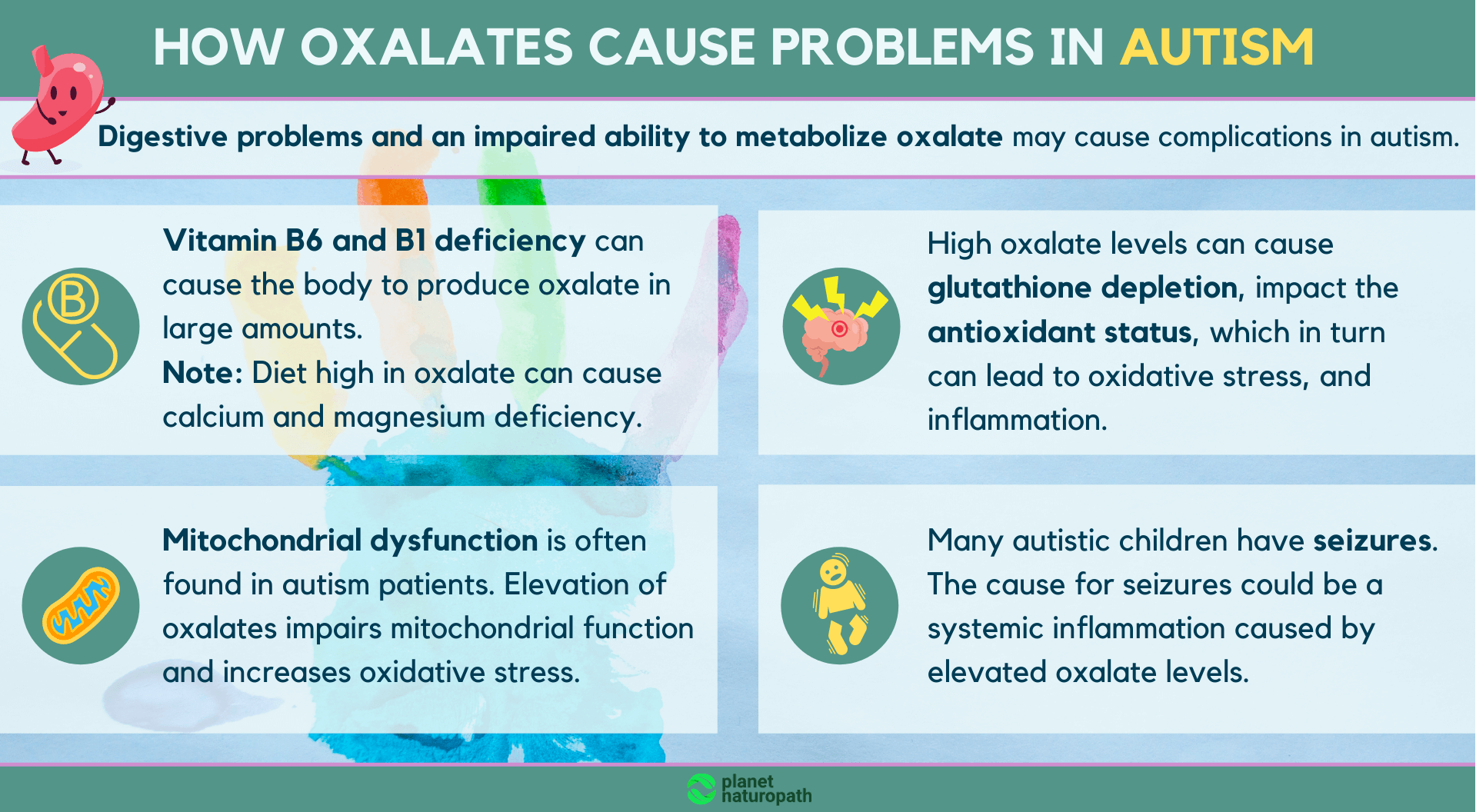 Oxalates are naturally found in many foods, and for many people, low levels are not a problem. However some people are sensitive to oxalates, or due to an imbalance in gut bacteria or high candida levels, they cannot metabolize oxalates very well.

High oxalates can cause kidney stones and are associated with pain in the joints, muscles, and connective tissues.

They can cause demyelination and myopathies, which can lead to a wide range of nervous system symptoms.

There is also a direct link between autism, impaired digestive capacity, and oxalate metabolism. High oxalate levels cause such health conditions as:

A low oxalate diet and treating candida overgrowth is the key to addressing high levels of oxalic acid. 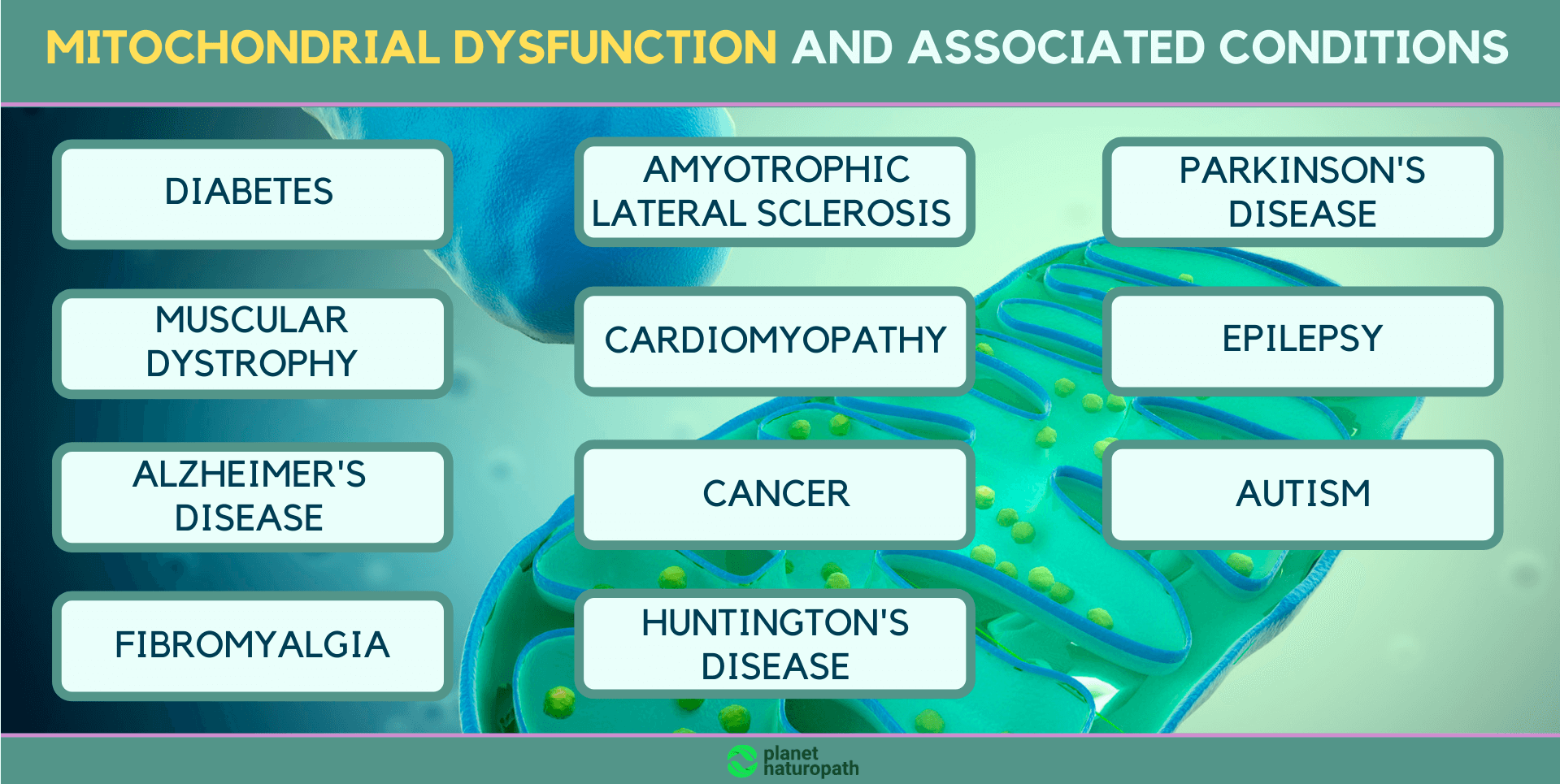 There are a number of different factors that can cause mitochondrial imbalances. The mitochondria are like our cells’ "batteries" and they help us to produce ATP which is how we create energy.

Often they are stressed because of toxins from yeast, bacteria, metals, and even oxalates. Mitochondrial dysfunction is seen in autism and can be a contributing factor to poor attention and cognitive skills, as well as poor physical growth and development in children.

Mitochondria have a crucial role in supplying energy to the brain, and mitochondrial dysfunction has been associated with neurodegenerative diseases such as Parkinson's and Alzheimer's disease.

Organic Acids test measures the metabolites of Dopamine (HVA) and Norepinephrine (VMA). The balance between these two important brain chemicals is critical for attention, focusing, mood, calmness, and other functions of the nervous system. Attention-deficit problems are commonly associated with norepinephrine imbalances.

It's important to understand that the Organic Acids test is measuring the metabolite of dopamine, and not directly measuring dopamine levels in the brain. You need to interpret the results in conjunction with other signs and symptoms, plus assess the clostridia bacteria.

The organic acid analysis of serotonin is similar to dopamine, we are assessing the metabolite 5HIAA and not directly measuring serotonin levels in the brain.

It is also important to remember that the gut uses more serotonin than the brain, and can be influenced by methylation.

When assessing serotonin I also like to take into account the neuroinflammation markers which I will discuss next.

The inflammation markers that we assess are Quinolinic acid and Kynurenic acid.

The amino acid tryptophan can either be converted to 5-HTP and then serotonin, or if there is increased oxidative stress or a lack of Vitamin B6 it can go down the neuroinflammation pathway and make Quinolinic acid and Kynurenic acid.

High Quinolinic Acid is suggestive of toxic stress in the brain and nervous system and is important to evaluate before implementing certain supplements particularly Tryptophan as this could make this worse. 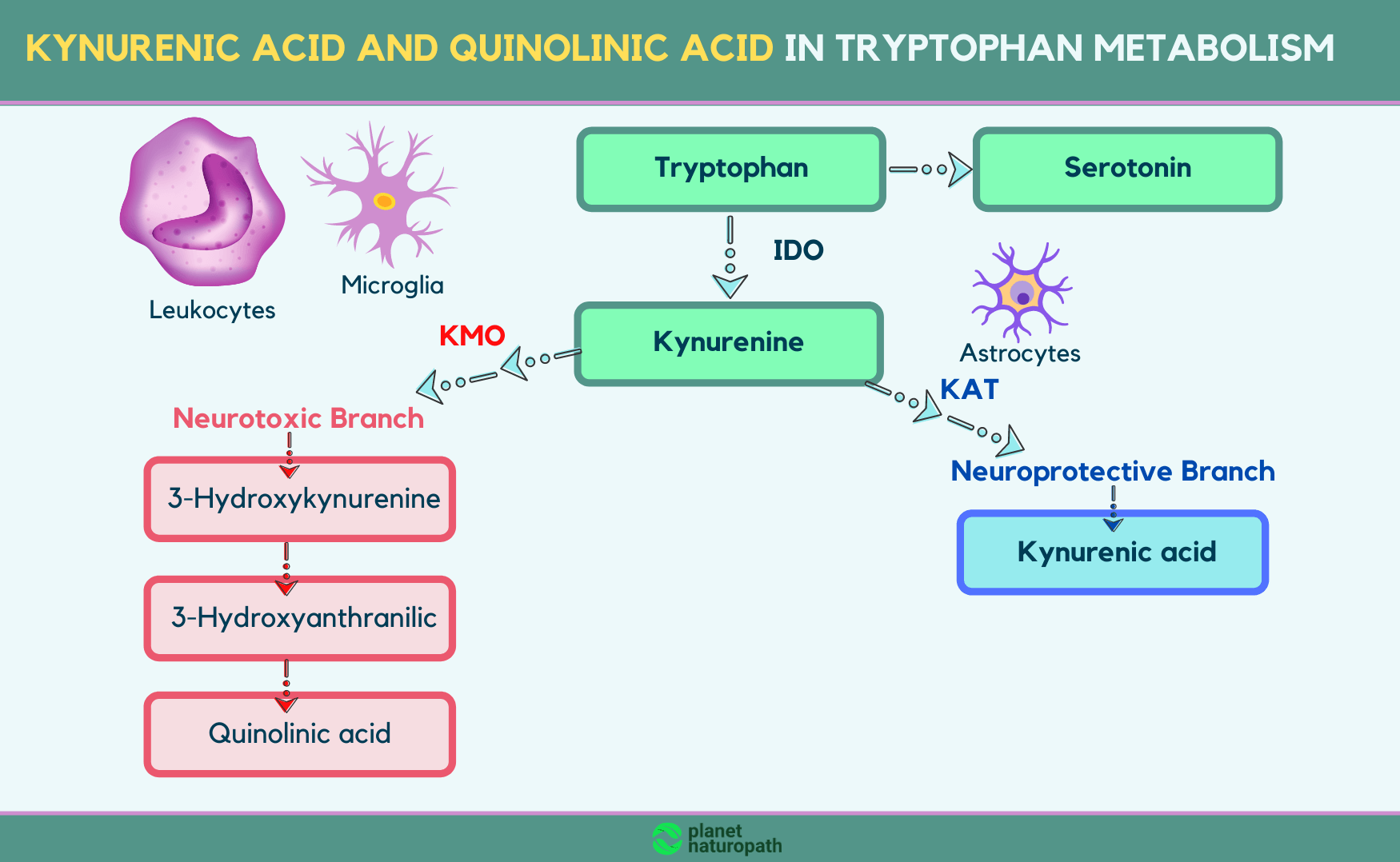 Inflammation of the brain is associated with neurodegenerative disorders in adults plus behavior disorders in children.

Evaluates Uracil and Thymine levels which are related to folate metabolism. Folate, along with B2, B6 and B12 is part of the methylation cycle that is important for many different functions in the cells and also DNA function.

Genetic factors along with dietary and lifestyle modifications are important in the process of methylation.

10 - Methylmalonic Acid and the OATs Test

Methylmalonic acid (MMA) is the best way to assess vitamin B12 levels and is more specific than a blood test when measuring B12.

Methylmalonic acid measures B12 at a cellular level and if you have high levels that means you are low in adenosylcobalamin, this is one of the three active forms of B12.

Adenosylcobalamin is important for mitochondrial function.

High homocysteine may be an indicator of low methylcobalamin which is another form of B12.

11 - Assessing Nutrients On The OATs Test

In addition to vitamin B12 and folate, the urine Organic Acids test assesses various nutritional markers such as Vitamin B1, B2, vitamin B6, B5, vitamin C, CoQ10, as well as N-Acetyl-Cysteine which is necessary for the production of glutathione.

These nutrients are not tested as part of a pathology test, and this is one of the best ways to assess the levels.

There are two ketone markers that are assessed on the OAT test, and they are Acetoacetic acid and B-Hydoxybutyric acid. These are important markers when measuring ketosis.

Suberic, Sebacic, and Adipic acid are markers to assess how well you are converting fatty acids into energy.

Fatty acid metabolism issues can be caused by a deficiency in acetyl-l-carnitine or vitamin B2. 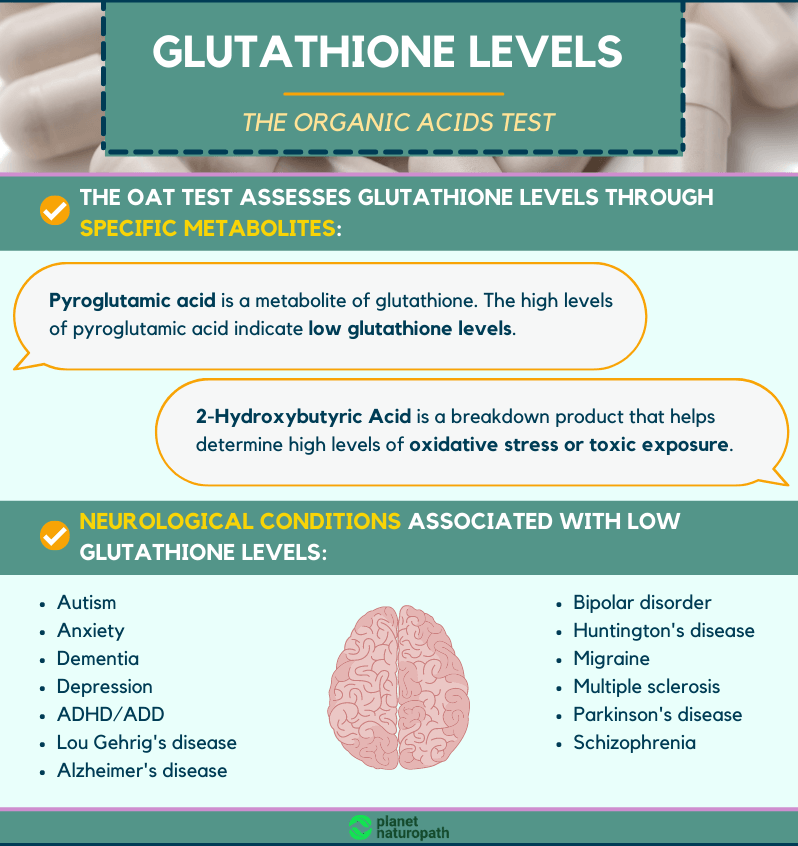 Glutathione and methylation are two important pathways in the detoxification process, both of these are influenced by your genes, diet, and lifestyle.

Glutathione is the most powerful antioxidant in our cells and is often deficient in autism and neurological disorders.

You may not be exposed to many toxins, or you are doing everything right in regards to eating organic but you can still have high levels of toxicity as your detox pathways may not be optimal.

14 - Assessing Amino Acids On The OAT

There are 13 markers for amino acids that are assessed, these are mainly associated with an organic acid disorder rather than identifying low levels of tryptophan or carnitine for example.

Inborn errors of metabolism which are genetically related are often the cause of imbalances here. 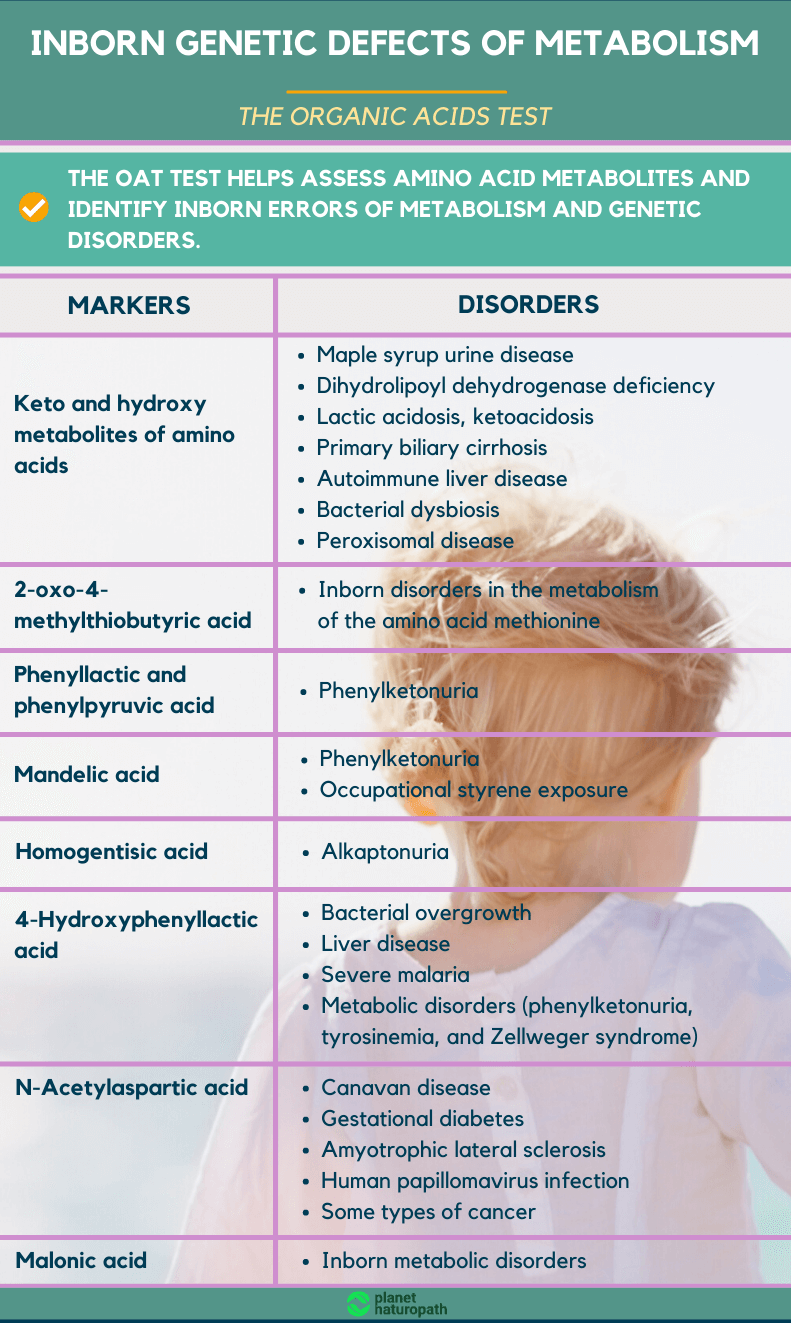 The information we get can help take out the guesswork when it comes to implementing a treatment plan.

The OAT test can help us focus on treating the underlying cause - this maybe candida overgrowth, bacterial infections, or mold toxicity.

Even when there is an imbalance in the neurotransmitter levels or nutrient levels the underlying cause may be infections that need to be treated first.

All My Test Results Are Normal

Do you know that you have something wrong with your health, yet all of the standard blood tests come back "normal"? This is quite common, and while pathology testing is important they cannot detect the imbalances that are identified on the OAT test.

A Screening Test for Contributing Factors that Can Cause or Worsen These Conditions:

What if My OAT Test Shows Abnormal Results?

If abnormalities are detected using the OAT, treatments can include supplements, such as vitamins and antioxidants, or nutrition plans.

The main focus is always to improve diet and lifestyle, these modifications often have the biggest impact on our health.

Treating underlying candida, mold, or bacterial infections is also key and this can help improve many symptoms from fatigue and brain fog to anxiety and memory issues.