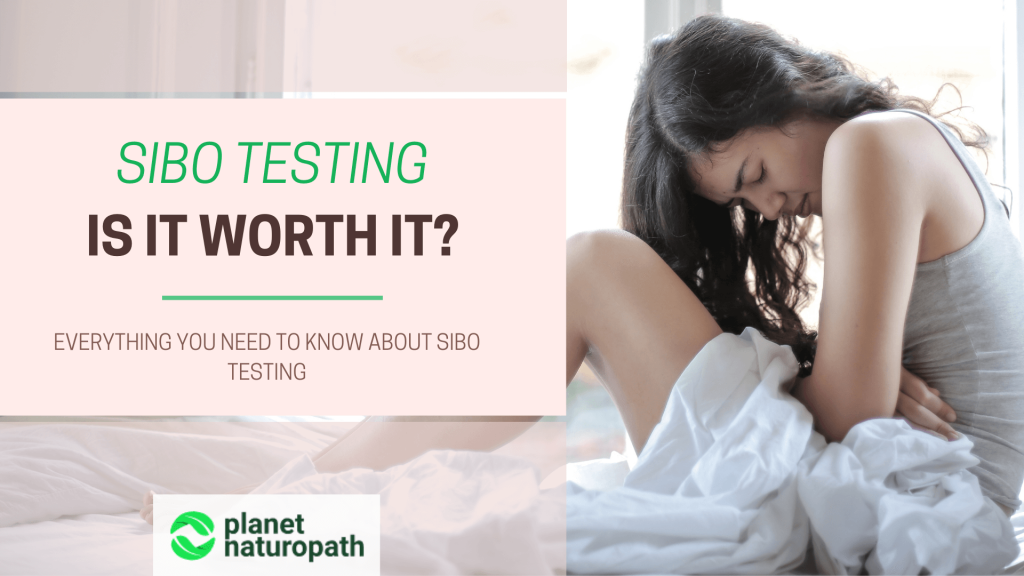 Small Intestinal Bacteria Overgrowth, commonly known as SIBO is one of the main causes of IBS and can cause a wide range of digestive symptoms.

One question that I often get from clients is “SIBO testing - is it worth it?”

The reason behind this question is that if you think you have SIBO why go through the expense and hassle of doing a SIBO test when you can get straight to treatment?

I think this is a good question and in this article, I will look at the pros and cons of SIBO testing, the best way to diagnose SIBO, alternatives to the SIBO test, and answer the main question:

"Do you really need to do a SIBO test?".

Also, if you have been told that you have Irritable Bowel Syndrome (IBS) and you will just have to put up with it, then this article is for you.

There are a lot of misconceptions about SIBO. So, let’s start by defining what it actually is because you can have a lot of the signs and symptoms of SIBO but they may be caused by something else.

This does not necessarily mean an overgrowth of pathogenic bacteria, but too many bacteria in general and it is the overgrowth of this bacteria that causes the many signs and symptoms of SIBO.

SIBO is also the main cause of IBS but there are also many other causes of IBS which is why doing digestive system tests can help to identify the root cause and help you understand what the best treatment plan is.

What Are the Symptoms Of SIBO? 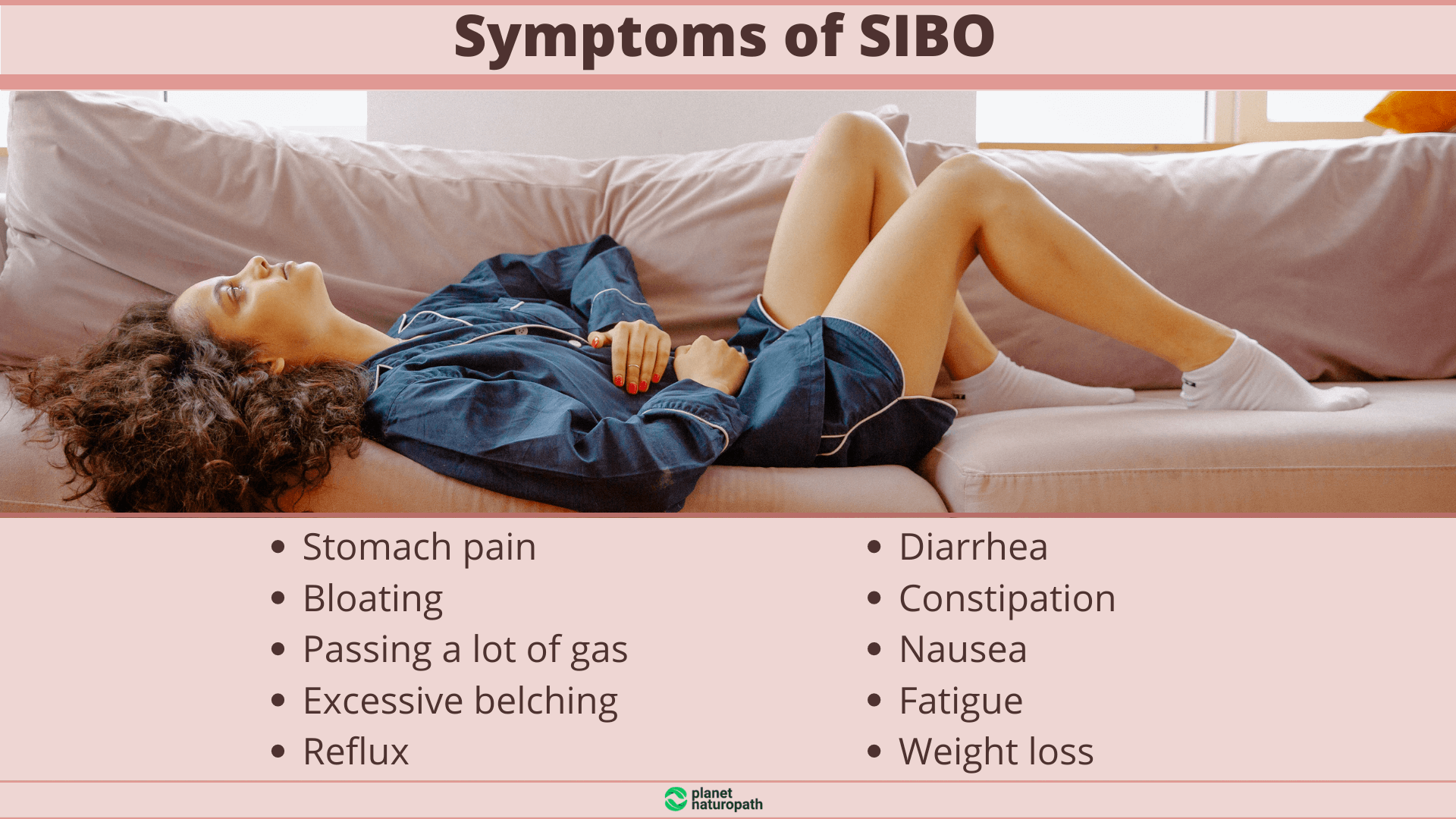 There are many different symptoms associated with SIBO, but when you read the list below you will realize that these symptoms may also be associated with IBS, IBD, celiac disease, food intolerances, or H. pylori infection.

Here is a list of 8 signs you have SIBO:

You don’t need to have all of these symptoms and some people only have two or three of these.

The bacteria in the small intestine produces gases, and these gases cause the bloating and associated symptoms that come with SIBO.

This is why working with a practitioner is important, as they can help to assess your history, signs, and symptoms and assess whether stool testing, SIBO testing, or diet changes are the best options for you.

Is SIBO Testing Worth It?

If you have ticked all of the boxes for the signs of SIBO should you just do a SIBO treatment plan and skip the expense of testing?

This is a good question and for many people, especially if you are on a budget, doing a treatment plan can be a good option to see how you respond.

Starting with a low FODMAP diet to see if the reduction in fermentable carbohydrates helps your symptoms is a good place to start. If you get positive changes to a low FODMAP diet then implementing herbal treatment strategies to kill the bacteria overgrowth would be a good option.

For some people, this is all they need to do to get their digestion and health back on track.

But for many people this may not work, a lot of the clients that I see have “tried everything”, they have done the low FODMAP diet, the SCD diet, or the GAPS diet and while it may have given some relief it has not fixed the problem.

A lot of people have tried lots of different probiotics and herbal remedies with limited success or only short-term benefits and their “SIBO symptoms” still remain.

This is where testing can be a good option as it helps to identify if you actually have SIBO or if there are other factors contributing to your symptoms.

And for most people, I recommend starting with doing a stool test like the GI-MAP test.

There are only two ways to officially diagnose SIBO and they are a breath test or a duodenal aspiration test.

You cannot diagnose SIBO with a stool test or an Organic Acids test, yet for most people with digestive issues, I recommend starting with a good quality stool test like the GI-MAP test. If finances are not an issue, the ideal would be to do both a stool test and the SIBO test together to get a complete picture of the cause of your digestive problems.

Why Start with Doing the GI-MAP Stool Test?

I recommend starting with stool testing for two reasons:

You will often read stories of people online who have treated their SIBO only to find that their symptoms have returned. This relates to the first reason, they may have done the perfect treatment plan but they may not have addressed the underlying cause which can be motility, Helicobacter pylori infection, food intolerances, or a lack of digestive enzymes.

This is especially true for bacteria like Pseudomonas which is commonly found as a cause of IBS, and it is found in the small intestine in people who have digestive issues.

The Organic Acids test (OAT test) cannot diagnose SIBO but it can also give clues as to whether someone has SIBO, and whether they need to do more testing.

The OAT test can also assess many other aspects of your health so it is often a good test to do in conjunction with the GI-MAP test and SIBO testing.

The OAT test is also a better option for identifying candida, fungal and mold infections, these types of infections can cause similar signs and symptoms of SIBO.

How Do You Test for SIBO?

There are two ways to do a SIBO test and that is the breath test and during a gastroscopy where a duodenal aspirate culture is taken.

The duodenal aspirate test is very invasive and because of this it is not commonly done plus not all bacteria can be identified via bacteria culture analysis.

This is why the SIBO breath test is the best option for identifying SIBO. 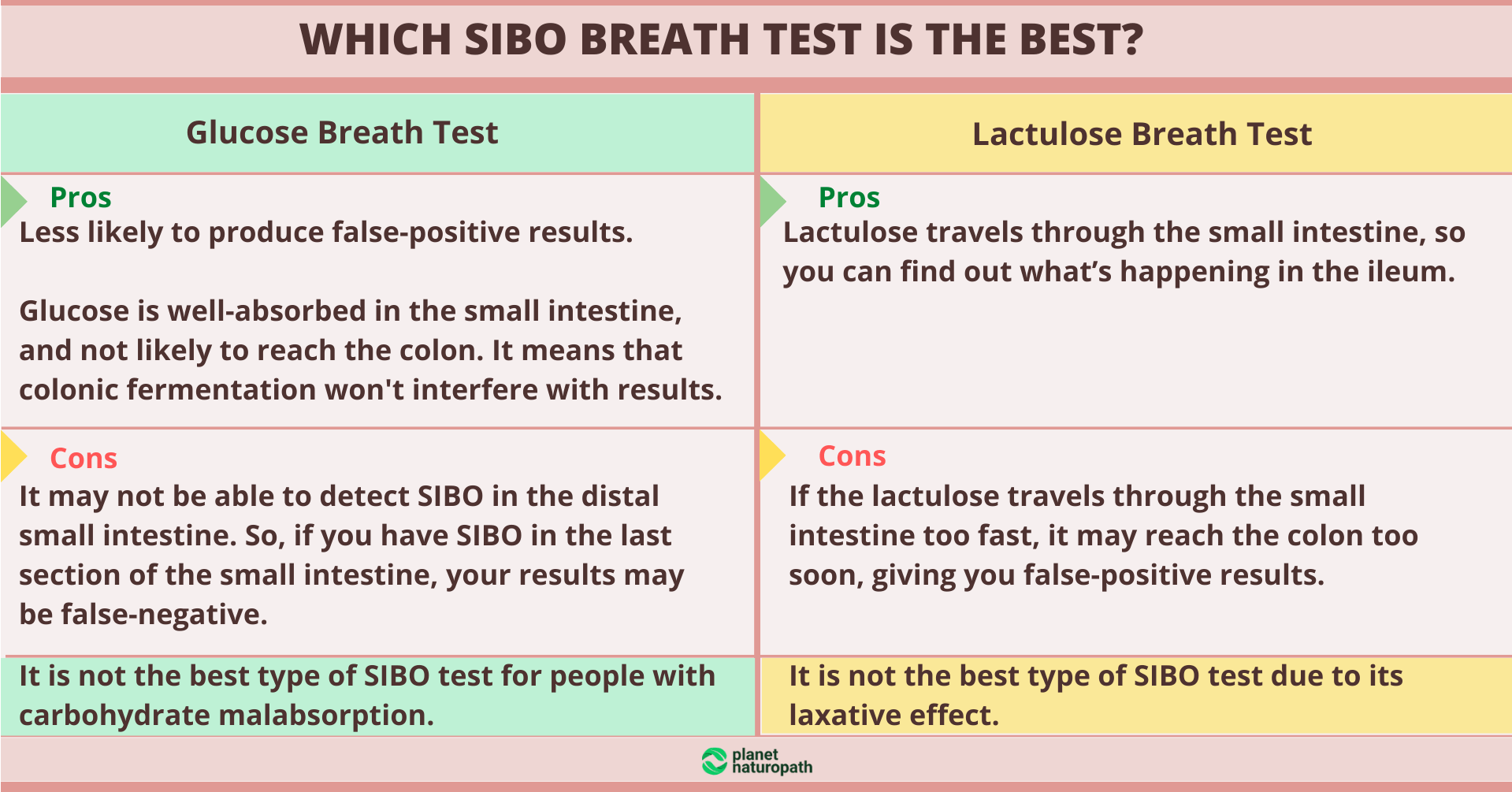 Ideally, it would be great to do both tests but this is not always practical due to the increased cost and the inconvenience of having to do two separate tests on different days (the test takes 3 hours to complete)

Personally, I prefer to do the lactulose test in combination with the GI-MAP test to get a detailed analysis of a client's gut health.

Note: Lactulose is not lactose, so if you are sensitive to lactose from dairy you can still do the lactulose breath test.

Are All Sibo Breath Tests Equal?

As SIBO becomes more and more recognized as a problem by mainstream doctors they are starting to refer clients for testing more frequently. This is great as you may be able to get it covered by insurance if your doctor does the referral.

However, most doctors will refer you to a hospital to do this test and this can be more inconvenient as it takes time out of your day versus doing the test at home. Plus, with the current Covid pandemic going to a hospital and spending 3 hours there to do a test is not the safest thing to do.

It is important to get your SIBO testing done through a recognized lab that specializes in SIBO tests.

For clients in North America, I prefer to use Neurovanna, they have fast turnaround times, clinically validated testing procedures and they specialize in SIBO testing.

For clients in other parts of the world I prefer Sibotest.com, they are based in Australia but can ship test kits worldwide.

Another advantage with using these companies is that you are sent a test kit to do the test at home, this is more convenient as you don’t have to go to a hospital and wait around for 3 hours.

Who Should Do a SIBO Testing?

If you have digestive issues that have not been resolved with diet changes or supplements then testing can help to take out the guesswork and help you with a treatment plan.

I think the first step is a GI-MAP stool test but if finances allow a SIBO test is a good option to do at the same time.

If the stool test does not show anything then the next step would be to do a SIBO breath test.

SIBO can be caused by a wide range of triggers, so if you have one or more of these then that is another reason to consider SIBO testing.

Interpretation of the SIBO Breath Test

Interpretation of the test results is not always black and white, unlike a stool test like the GI-MAP, which gives you the exact number of the bacteria and other pathogens present the SIBO tests are open to interpretation.

There is no clear consensus on the interpretation of the results, which is why it is important to work with someone experienced with using the SIBO test and implementing a treatment plan.

What may show as a positive test result by one company could be interpreted as negative by a different company depending on the criteria that they are following.

Doing a SIBO test can be a valuable part of assessing problems with gut health but it is not the first test that I would start with.

If you have digestive issues that are not resolved with the elimination of common food triggers such as gluten and dairy, I would consider the following steps:

Why All Women Should Take the DUTCH Complete Hormone Test