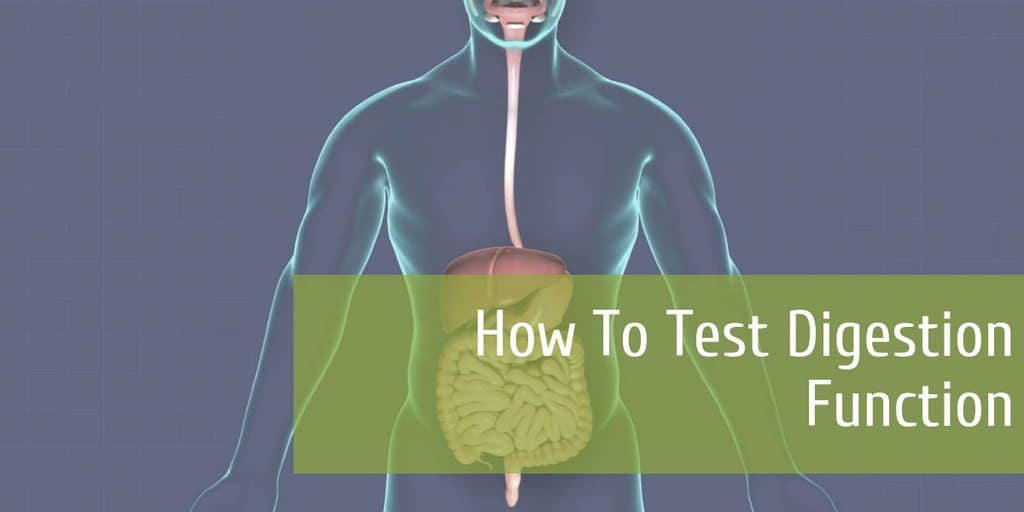 How To Test Digestion Function

Advanced stool test like the G.I Map test, SIBO breath tests and even blood tests can be used to identify potential digestion problems, yet even for people with digestion issues these tests are not commonly done. Yet testing digestion function is important to identify the underlying cause of health problems, and help to guide your practitioner on the best treatment plan.

Quick Navigation
All Healing Begins in the Gut
Good and bad bugs!
How to identify gut infections
CDSA Test
SIBO Breath Test
Diet and Lifestyle Influences that can Influence both the Gut Flora and Gut Barrier
The Gut Barrier
Address the Cause
The next step

All Healing Begins in the Gut

Ever since Hippocrates stated that “All healing begins in the gut” more than 2,000 years ago, healers and naturopaths have been focusing on gut health and detoxification to improve a wide range of health problems.

This part of healing has been widely ignored by modern medicine as they focused on a pharmaceutical approach to health, BUT finally research over the past 20 years has finally caught up to Hippocrates, showing how important gut health is to the rest of our health.

While the research shows just how important healthy gut bacteria and a healthy gut barrier is to our health, most doctors are yet to implement these findings into practice.

If you have problems like constipation, diarrhea, bloating, gas or reflux you are often told you have “IBS” and offered a medication to treat the symptoms, or told you just have to “put up with it”, but the cause of that IBS is not investigated and that is what we are going to discuss in this article.

Our gut is home to more than 100 trillion micro-organisms, the human gut contains 10 X more bacteria than we have cells in our body … this figure is hard to comprehend and it is no wonder that the health of our gut bacteria can have a big influence on our health in general.

These are bacteria such as Klebsiella, Citrobacter and Pseudomonas

We also have pathogenic bacteria which should not be present in the digestive tract at all, these bacteria usually cause digestive symptoms like diarrhea, loose stools, urgency, bloating and gas. The symptoms don’t always have to be there and sometimes they come and go.

Parasites can also be a common problem throughout the world, and once an infection occurs they can be difficult to eliminate, often they will not resolve on their own. At Planet Naturopath we have different protocols for treating bacteria and parasite infections, depending on the type of infection and also the health of the good bacteria.

Like pathogenic bacteria a parasite infection can cause a wide range of digestion symptoms and other health problems, these symptoms can come and go with the life cycle of the parasites which can make diagnosis difficult. 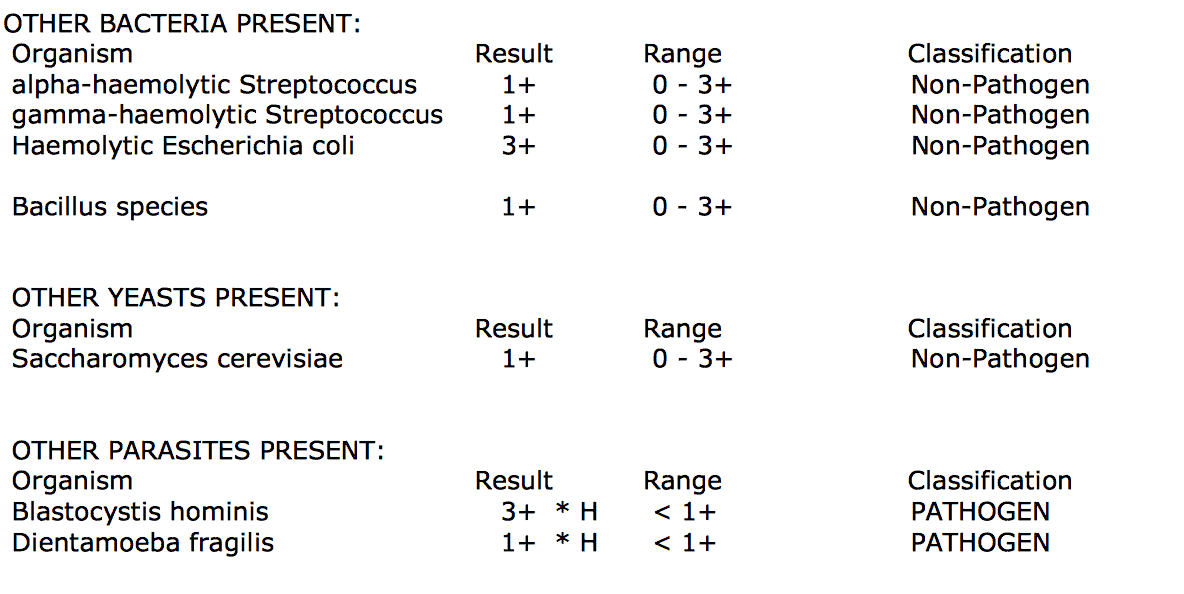 Finally you can also have a yeast infection of the gut, the most common one is Candida albicans, like bacteria you are suppose to have a variety of yeasts in the digestive tract but when you get an overgrowth that is when they can start causing digestion problems as well as fatigue, headaches, brain fog, skin problems and other system health issues.

How to identify gut infections

The two tests that I recommend to identify gut infections are a G.I Map test and a breath test to identify Small Intestinal Bacteria Overgrowth, also known as SIBO.

There are a lot of different stool tests available with a vast difference in the quality of the testing, at Planet Naturopath we use the G.I Map Test which identifies potential parasites, pathogenic bacteria and yeasts, as well as the levels of commensal bacteria, and equally important the levels of beneficial bacteria.

Other markers that we test for are levels of digestive enzymes, zonulin (for leaky gut ), inflammatory markers and other markers to analyze the health of your digestion.

The G.I Map Test is available world-wide and you can find more information here

If there is an overgrowth of bacteria in the small intestine they create methane and hydrogen gas which is identified on the breath test. It is these gases produced by the bacteria that can cause digestion gas, pain, bloating, constipation, diarrhea or a combination of both constipation and diarrhea.

SIBO is not only the number one cause of IBS symptoms it is also a major cause of a compromised intestinal barrier, which is also known as leaky gut. 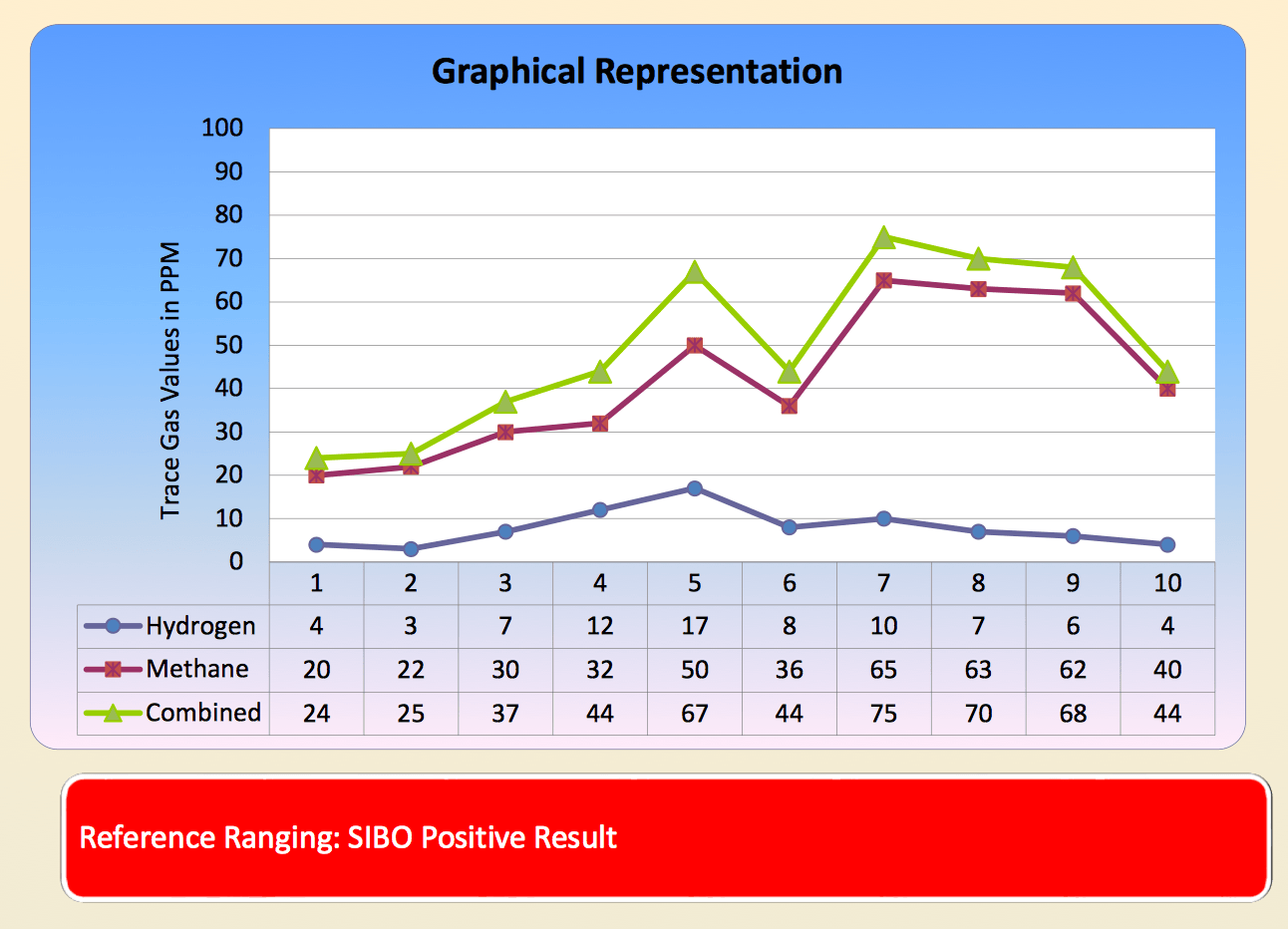 Antibiotics are particularly harmful to gut bacteria, and while medications like these can be life saving in certain situations, they are currently over prescribed and often given “just in case” or for viral infections which they are ineffective against. After a course of antibiotics your gut flora will not improve by itself and it is essential to take prebiotics and probiotics to get your gut health back on track.

Find out more about the SIBO test here

The contents of your gastrointestinal tract are considered to be “outside” your body, it can be hard to get your head around this idea, but from the mouth to the anus is one long continuous tube.

Your body will start to absorb nutrients in the small intestine, and anything the body does not need moves through to the large intestine and is eventually eliminated. If you have low stomach acid, SIBO, Helicobacter pylori or other infections, food intolerances or allergies these can all compromise the intestinal gut barrier, this leads to what is known as “leaky gut”.

With a leaky gut proteins, larger molecules and toxins that should be eliminated are allowed to pass through the intestinal barrier, this creates an immune response from the body. This is where dysfunction in the gut barrier can cause widespread health problems, even without obvious digestion symptoms.

Recent research has linked leaky gut with being the number one trigger for autoimmune conditions, and addressing gut function should be one of the first steps to treatment

Alessio Fasano one of the leading researchers into digestion health made the following statement.

“There is growing evidence that increased intestinal permeability plays a pathogenic role in various autoimmune diseases including [celiac disease] and [type 1 diabetes]. Therefore, we hypothesize that besides genetic and environmental factors, loss of intestinal barrier function is necessary to develop autoimmunity.”

The same causes that disrupt our bacteria in the gut can also lead to a compromised gut barrier, in fact if you have bacteria, parasite or candida infections you are more than likely going to have leaky gut.

The first step to addressing this is to identify the cause of the problem, this maybe infections, dysbiosis or food intolerances. The best way to identify exactly what is happening is to do a comprehensive stool analysis, and SIBO testing to identify the root cause.

Or if your not sure where to start you can schedule a 30 minute consultation and I can help guide you on the best way to improve your health.

Thank you. This was a very helpful article.

Hi I was impressed by the article. And wish to get your consolation I live in Israel and hope I can afford your rate due to the COVID-19 I am home. Did the GI map test and found I have Klebsiella and high b. Glucordinase. I took lorymix and it help but still having issues with my bowel movement but must say I got better. But I keep getting vaginal fissures on and off specially after fruits. Trying low oxalates and low sallysillates but very confused I know about the Berberine but afraid what is your rate or suggestion. Thank you